Packet Tricks are one of the most interesting branches of card magic. Using only a small number of cards magic is created that is often easy to follow， visual and very magical. On this DVD Aldo Colombini presents fifteen packet trick routines that can be performed using a borrowed deck and at a moment's notice. Along the way he also teaches packet trick concepts and the many sleight-of-hand techniques that are regularly used when dealing with small packets of cards.

A selected card is placed face-up between four deuces. Magically it disappears from between the deuces and appears face-up among the four Queens which have been in clear sight the entire time.

Four red cards and four black cards are mixed and as they are expected to separated into reds and blacks the blacks have risen to the top but the four reds have now changed into the four Queens.

The four Queens and Kings are alternated face up and face down. Impossibly they separate themselves while revealing a previously selected card face up between them.

A Joker takes the identity of three different cards. As a kicker ending all the cards are shown to be jokers before turning back to their original identity.

The Ace-2-3 of Hearts do impossible things as they intermingle with the four Jacks.

A lie detector made out of a small packet of cards finds a selected card.

Four Aces and four Kings are shown， mixed and split into two packets. All of a sudden one packed is seen to have the four kings while the other now has a Royal Flush in Spades.

Five red and five black cards are cleanly and repeatedly alternated but continue to separate. Finally they are fairly separated but magically become intermixed.

Three selected cards surprisingly change places with three jacks that are sitting on the table or in a spectators hand.

A beautiful and visual routine where Joker collection changes into a Royal Flush.

Four Aces rise one at a time to the top of a four card packet. As a finale all four rise to the top at once.

A multi-phase routine where the four aces turn face up and face down， singly and two at a time until they are all face up. As a finale the Aces turn face up in the deck after they are lost.

Four Kings vanish one at a time as they are placed into a four-card packet. Amazingly as the discarded cards are turned over they are seen to be the four Aces.

The 2-3-4-5 of hearts are placed into a four card packet but continually jump to the top.Exit (Aldo Colombini): 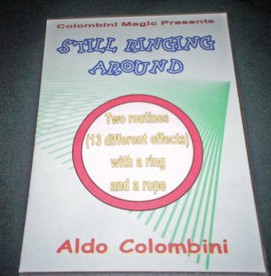 Still Ringing Around by Aldo Colombini 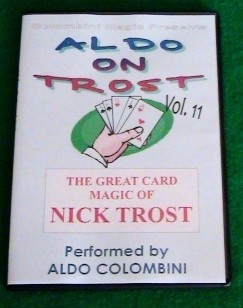 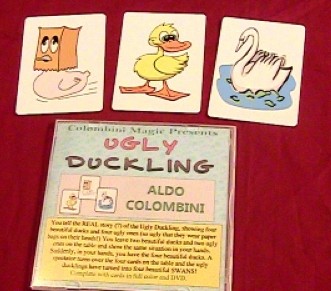 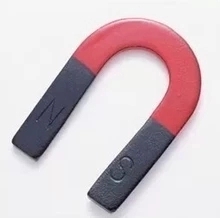